Born in Nigeria, 37-year-old Fatima now lives in Minawao camp with her two young children Aisha and Burka. She shares her new home with thousands of families who, like her, fled to Cameroon to escape violent attacks by the extremist group Boko Haram.

Fatima arrived at the camp in 2017. Before coming to Minawao, she lived with her husband, children, mother and her cousin. Her husband was working as a farmer while her children attended school in the village where they lived. Back then, Fatima said they never had any problems.

“I remember at that time I was carefree. We were not rich but lacked nothing, we had a comfortable life. My husband usually did everything possible for us.”

One sunny Friday, Fatima’s whole life fell apart with the arrival of Boko Haram in her village. She said she was having a good time, surrounded by her neighbours when they heard a deafening noise.

“I’ll never forget the day when my entire life transformed into a nightmare. That Friday, everyone had returned from the mosque, talking together in a joyful way, it was just a typical day for us. My children were not with me, they were playing with their friends. I was plating my hair at my friend’s house, and my husband was playing songho (a traditional game) with other men. Suddenly I heard an indescribable sound which I had never heard before.  I later realised it was an explosion when I saw people running and screaming.  That’s when a thick smoke appeared. It was at that moment when my husband started screaming my name. I saw masked and armed men shooting as people were falling everywhere. I saw blood, dead bodies and people severely injured.” 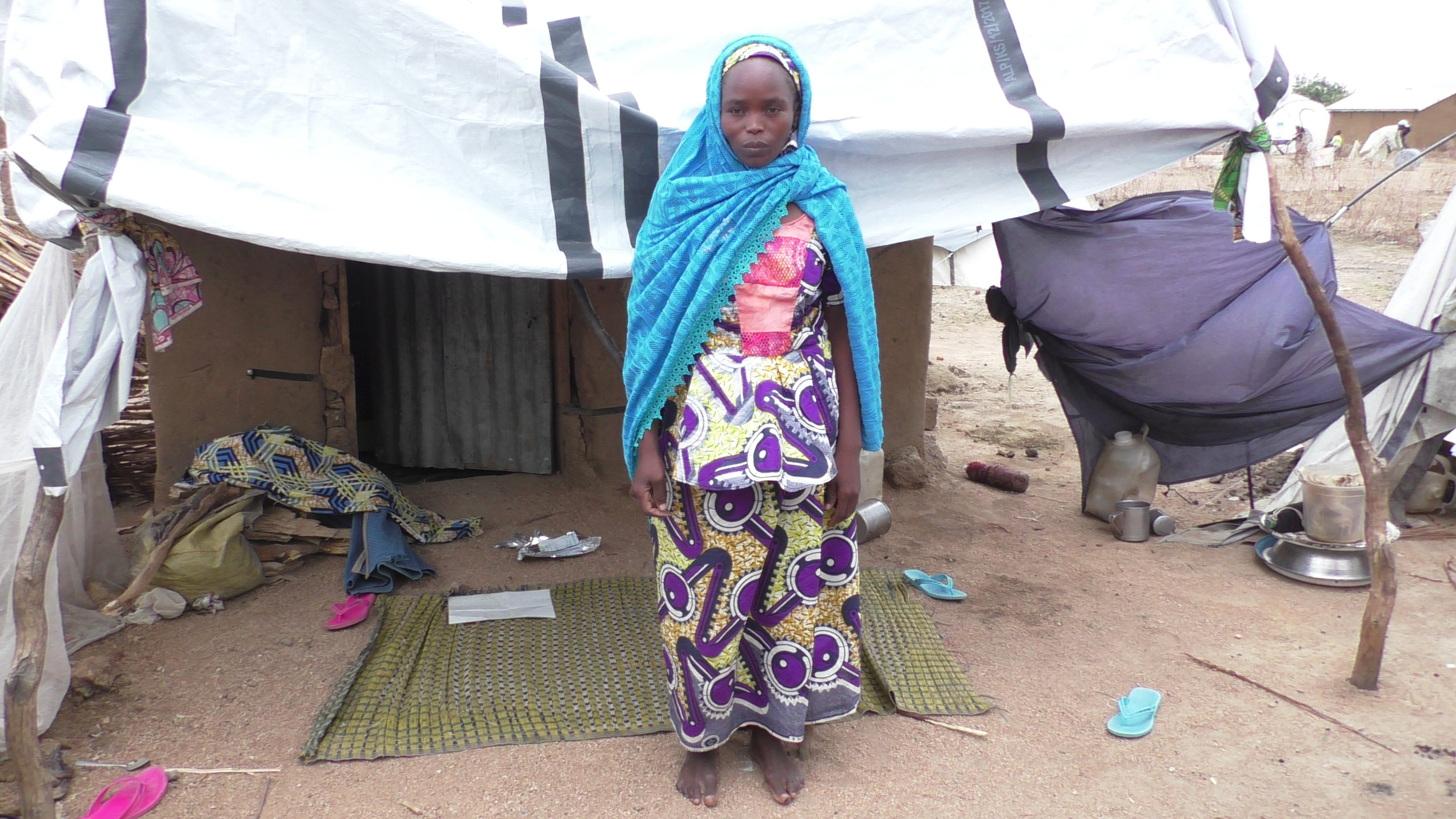 Fatima and her family ran to escape until they reached a village on the Cameroon and Nigerian border. They spent a few days there with many other people, but a dispute started between the villagers and Fatima’s companions.

The dispute was so serious that the army arrived and arrested some people, among the people arrested was Fatima’s husband. They were then brought by the army to another place, there she heard of a place for refugees in Cameroon – Minawao camp.

When she fled from her village, her mother who was living with them had been killed, as well as her cousin.

“I ran away with my family, at least we were alive. We lost everything we had. I did not have time to take anything. I was alone with my children with no support as my husband had been arrested. The other people with me told me that there was a place here for people like us, and they led us to the refugee collective centre.”

After many days of travelling, Fatima and her two children finally arrived. They spent four months there, sharing the space with other families in a similar position as her. “Living in the centre was a new experience for us. We were used to our house, with our own space. My daughter was worried and kept asking me when we would go back home, and where her father was. What kind of answer could I give her? We practically had no food, or we ate once a day. We slept on the floor several times as there were too many of us, and not enough mats or blankets to go round. Many people lost their goods I had nothing, so I didn’t lose anything.”

When she got her emergency shelter – a ShelterBox tent – Fatima said she was relieved.

“I was anxious to know if we would spend all our days in that centre with the other people. Waiting during those four months was so long to me, so when I heard that I would have a shelter just for my family I was somehow relieved but also still worried.  At least on site, we had food, water, a place to sleep, so how will I take care of my children, send them to school, buy them clothes and so on? I had to start thinking on how to get loans to start a business and stop being a person in need every time.” 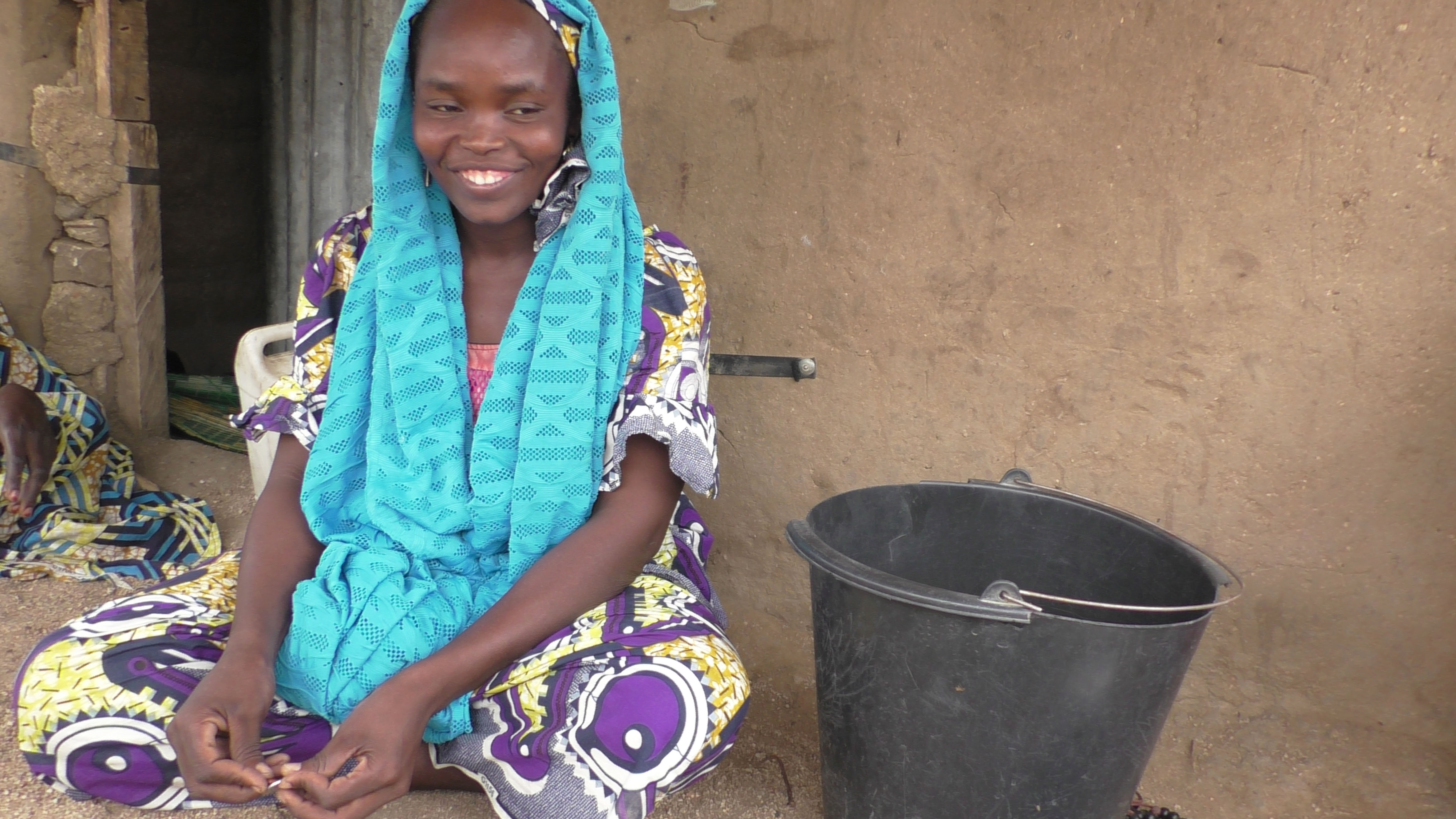 Fatima and her two children got their emergency shelter in January 2019. She received the shelter and other household items for her daily life. The move enabled her to start being independent, to start thinking in a sustainable way, and to gain money now her husband is no longer there to help them.

“Honestly, I was afraid to live alone at the beginning. It became a challenge for me to live in my shelter, to look for food every day, but I noticed that so many women were in the same condition and had profitable activities, so I also decided to start my own business. I borrowed money and started selling akara (white beans), and some time after, I started cooking and selling donuts made with akara.”

Like several other women in the camp, Fatima started working and gaining money to take care of her children and send them to school. She bought some materials for her house, an addition to the aid she had received.

“There is a big difference between life in the refugee centre and life in the shelter. Now I have my kitchen materials, I can cook and eat as I want. I have more privacy and can easily go out for my business without being worried about my goods in my house. My children spend more time together and can focus on their education. I wish I could rebuild my life and provide security for my children,” said Fatima.

After a year and a half in her emergency shelter Fatima decided to build her semi-durable shelter. She collected tarpaulin and rope from IEDA Relief – ShelterBox’s trusted partner in Cameroon. This was to cover the roof of her shelter, and now she is more comfortable as it is solid.

Her plan for the future is to increase her business and get a space at the market to have more customers.

“The emergency shelter was the first house I got here, I’m so thankful to the organisation and everybody who took part in rebuilding my life. I have no words to express my feeling in front of such kindness. I have a new clay house now thanks a lot. I will face stormy weather with confidence. Nevertheless, I would like to increase my business in order to provide a better life to my children,” concluded Fatima. 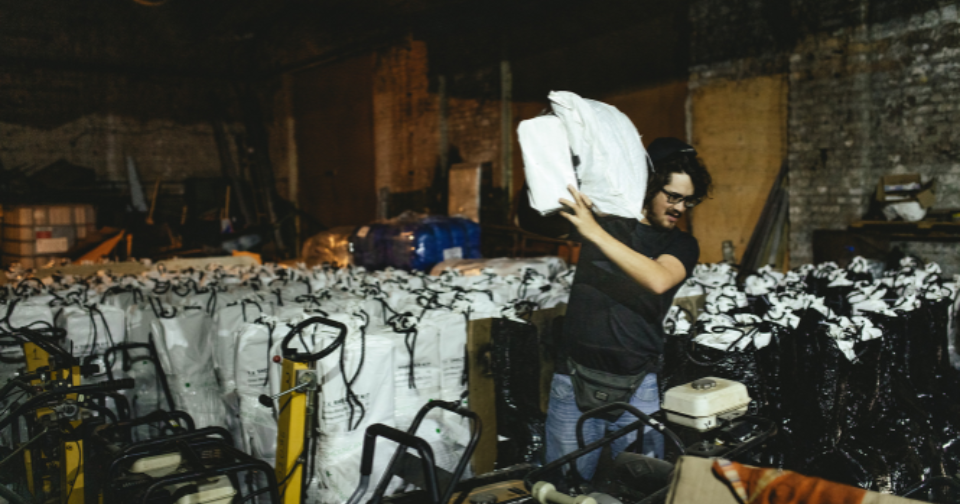