Learn how climate change is affecting the world we live in today.

Climate change poses a significant threat to humanity. It is a threat which can only be tackled with immediate global action.

The global climate is changing at an unprecedented rate and it’s having dramatic effects on our environment.

Vital social infrastructures are under threat, like water resources, energy, transportation, agriculture and human health, as well as local ecosystems and wildlife.

The climate crisis is a humanitarian crisis.

We see this  every time we work with communities who have lost their homes, livelihoods or loved ones to hurricanes, tropical storms, flooding and drought.

Droughts are a natural part of our climate. They are influenced by moving weather patterns, high temperatures and lack of rain.

However, climate change is increasing the severity of extreme drought in some regions around the world. Somaliland, the Lake Chad Basin, and the Eastern Mediterranean have all seen the devastating effects in recent years.

Even regions that may not see changes in rainfall are feeling the impact. Warmer temperatures lead to higher demand for water and more surface evaporation, putting greater stress on water supplies.

One of the most devastating effects of droughts is the strain they can put on food supplies. In countries where communities don’t have reliable sources of nutritious food, droughts can cause food prices to go up, leading to social unrest, famine and migration.

As temperatures rise, the warmth can lead to more extreme rainfall in some regions.

At the same time, the sea level rises predicted for the coming years will cause increased flooding in coastal and low-lying areas. Coastal erosion will also increase.

Flood risks are also increasing across many urban and rural areas because of the changing landscape. Natural flood barriers like forests are being cut down and expanding cities create huge areas of impermeable land where high levels of water are not easily drained away. (source: IPCC)

Drought conditions can fuel deadly wildfires, with areas such as the US and Australia particularly susceptible.

Deforestation and farming techniques such as slash and burn are also a large contributor to wildfires. In 2019 fires ravaged the Amazon Basin, destroying more than 2 million acres of rainforest.

As well as huge areas of forest, thousands of homes have been lost globally over the past decade due to wildfires. (source: Center for Climate and Energy Solutions)

Hurricanes, cyclones and tropical storms are a natural part of our climate.

Whilst climate change is not increasing the number of tropical storms we see, the rising temperatures are causing the storms to become much more intense and have a far more devastating impact. In recent years, we have seen far more of the highest possible categories of storms – Categories 4 and 5.

Research also suggests that climate change is influencing the speed of tropical storms, causing them to move more slowly, leading to greater destruction. We saw this recently in the very slow-moving Hurricane Dorian which devastated the Bahamas in 2019. Learn more about hurricanes.

Amy from Barbuda experienced every second of Hurricane Irma’s wrath in 2017. She told us:

‘On the night of the hurricane I was with my neighbour. It was midnight. We weren’t prepared. It was scary. It was a night I will never forget. Never. Never. The roof kept lifting up and dropping back down. The next thing we knew, it was gone. That was the longest night. All that wind, rain and noise.’

In Malawi, Grace recalls how severe flooding after Cyclone Idai destroyed her home and threatened her family’s lives:

‘When the water came, I was panicking because the water was running fast. We even tried to climb the trees to run away from the water. It was very scary, there was crocodiles in the water.’

Extreme weather events happen more often in countries where many people are living in poverty. And each new disaster makes their situation worse.

Homes made by hand

We work with people living in places where homes are often made from wood and materials found locally, like in Malawi.

These homes are made by hand, by traditional methods passed down from one generation to the next.

But they are not designed to withstand the increasing severity of tropical storms and hurricanes.

When Cyclone Idai devastated Malawi in March 2019, families saw their homes and livelihoods washed away, sunk into the rising floodwaters. Stephano told us:

“On the day of the flood the rain started at 5pm, but the flood that caused houses to fall started at 11pm. By the middle of the night, all the houses had fallen. Our livestock were getting carried away with the water. The crocodiles were so close to us, attacking the cows.”

We support people living in places that are vulnerable to extreme weather events, who are often not well equipped to withstand the worsening conditions, like the families we’ve supported in the Philippines.

Since 2004, we have responded in the Philippines 25 times to a range of devastating disasters including storms, typhoons, floods, cyclones and earthquakes.

But why do people live in places that they know are at risk of hurricanes, floods and even volcanic eruptions?

Often there are social and cultural reasons – it’s where people have always lived. Sometimes the opportunities outweigh the risks. For example, the ground near volcanoes is very fertile for growing crops, enhanced by the volcanic ash.

When it comes to low-lying coastal areas and urban areas at higher risk from hurricanes and flooding, it is often because it is cheaper. People who can’t afford to live in the safer areas create homes where they will be more vulnerable to disaster because it’s the only place they can afford.

We recently spoke to communities in Asuncion, Paraguay. These communities have been devastated by severe flooding earlier this year. Mirta spoke to us about her living conditions:

“I’m tired of always having to move each time there are floods, but we don’t have another option. We simply can’t afford to buy a home out of the flood-affected areas.”

We work with farming and nomadic communities, like families in Somaliland who can no longer grow crops or feed their cattle and sheep because of the severe drought brought on by many years of poor rainy seasons.

Over the last 3 years the drought has killed almost all (up to 80%) of the region’s livestock. Rural communities in Somaliland rely on livestock for their income and survival, and extreme weather is their biggest threat.

“We came here because we were hungry and we didn’t have any food. Since I lost my livestock, the biggest struggle is to get food for my family’.

This can contribute to complex conflict situations, like in the Lake Chad Basin which originally reached across Nigeria, Cameroon, Niger and Chad.

Historically, people across the Lake Chad Basin region relied on the lake for their livelihoods, living on the plentiful fish and fertile land. But since the 1960’s, the lake has shrunk by about 90%, turning the area to desert.

This is due to a mix of climate change, increasing population, overuse and irrigation. In one of the hottest places on earth, it is now almost impossible to make a living from the land or the lake, contributing to the influence of Boko Haram in the region.

Managing our impact at ShelterBox

We know that by working to support disaster affected communities we also have an impact on the environment.

Our use of air freight and energy contributes to climate change; the waste we produce contributes to landfill, and any single-use plastics involved in our work will stay on the planet for many lifetimes.

If not properly managed our impact could contribute to increasing the vulnerability of people around the world to disaster.

That’s why we are committed to understanding our impact on the environment and finding ways to avoid or reduce these effects.

This includes working on ways to: Hurricanes, typhoons and cyclones are all tropical storms.

When they hit, they can be extremely destructive and even deadly, depending on which category they fall under. 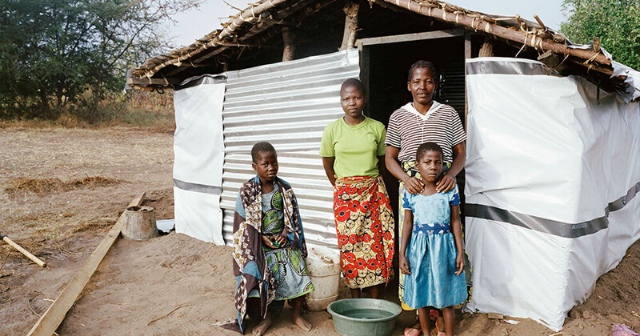 Kunyumba: A Story of Home

Having lost everything after Cyclone Idai, Stephano and Mary were determined to rebuild their livelihoods, together with the rest of the community in Mwalija. Their story is one of recovery. 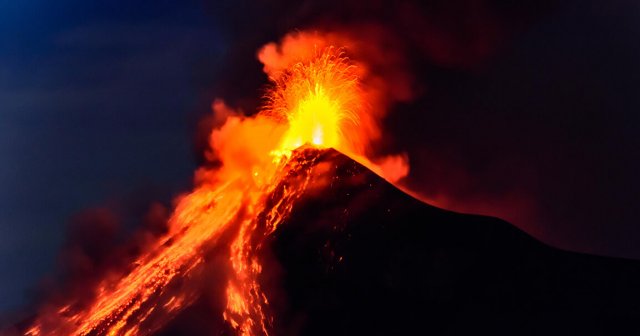 Right now, there are hundreds of volcanoes actively bubbling away around the world. It is estimated that there are about 1,500 potentially active volcanoes all over the globe (USGS).